Welcome to actual summer, as we dive into the dog days. Weirdly, the dog days don’t have anything to do with dogs. Rather, they’re named after the star that’s visible from Greece in this part of the year. It’s called the Dog Star (Sirius to the Egyptians, and Harry Potter fans) and is just below Orion’s belt. Possibly the brightest star in the sky, the Dog Star was important to many ancient cultures. The name arrived in English as a translation from Latin’s dies caniculares, which actually meant Puppy Days. That’s a much cooler name. So, welcome to the Puppy Days of summer.

Does this issue look a little bloated? Don't worry. What you're seeing below is the full edition of PT Crab that King Crab supporters get every week. If you like what you see, subscribe to the full edition here to support my work. There's also a podcast version available as of this morning, just like the King Crab members get. Find that by searching PT Crab in your favorite podcast app or heading to its page here. Keep access to all this by supporting PT Crab.

Enough of that, let’s dive into some PT.

Careful What You Say About Tests

The Gist - Researchers from Australia, the Netherlands, and Sweden have some concerning news. Patient expectations about clinical tests could influence a clinician’s interpretation of it. This is a really important study for PT, since many of our tests rely on people telling us when and where they feel pain. The researchers injected hypertonic saline into the thenar eminences of their participants that should have induced muscle pain. However, they told half the people that this was actually nerve pain, and half that it was muscle. They then explained how a median nerve tension test would affect their nerves and performed the test. People in the “nerve pain” group felt like their pain changed (some thought it got worse, some thought it got better), while people in the muscle pain group didn’t feel a change. Neither group should’ve felt any difference, but building expectations changed results.

Tell Me More - I know it sounds like these people were just making up the pain because they shouldn’t have felt it, but the researchers say that this may not be the case. They cite other research that showed that reported changes in pain, even pain that doesn’t have a physiological basis (like what’s going on in this study) is associated with changes in the activity of pain-related brain and spinal cord regions. These people shouldn’t have felt any pain, but their brains probably lit up like they really did. Wow. In other words, patients expecting to feel pain from a test may feel it, even if they “shouldn’t” based on their actual problems. So be careful how you talk about clinical tests to not build that expectation.

Wow, this is weird. Can I read the paper? I agree, it is weird. And indeed you can.

ROM Norms for Head and Neck

The Gist - Wouldn’t ya know it? We don’t have a collection of norms for head and neck range of motion, well, until now. These authors went through 55 articles using 16 different measurement devices and found normal ranges for a couple of them. Due to heterogeneity, poor research methodology, and low sample sizes, they were only able to get normative data using the CROM device. Not bad, but not great. Still, we have it now. What is it? Well, you’re gonna have to read the paper, since they break things down by age into 17 different categories across 5 measurements. They get norms and standard deviations for Flexion, Extension, L and R Rotation, and L and R Lateral Flexion.

Tell Me More - Though this is a super long paper at 34 pages, the actual information only takes up one full page and it’s not really something that we can summarize, since it’s a giant data table. Just pop open the paper and print out that table, it’s valuable, trust me. The researchers went through this full trove of info because restricted cervical ROM is a criterion in the diagnosis of cervicogenic headache and spine injuries, but we can’t identify restricted if normal doesn’t exist. Now, we know normal, so that should help a lot. That’s all I can grab for you here. Get the paper for the deets.

The Gist - We already know that people with chronic LBP show deficits in proprioception, but this paper adds even more to that body of evidence. Apparently, they also show deficits in their ability to judge how much effort they’re putting into something. To show this, researchers hooked them up to a machine that let them do an isometric trunk extension against resistance. In the first trial, there was a computer readout that showed their effort. In the second, they took away the readout and asked them to match the effort from before. People without chronic LBP were significantly better at matching the effort level, while those with it consistently undershot the amount of effort they were supposed to give. They overestimated how much force they were using throughout the effort. Interesting.

Tell Me More - This simple study indicates that sense of effort is distorted in LBP, which means that it could be related to other problems people with LBP have, specifically, repositioning error (returning to a position that someone puts you in) and postural control. The researchers didn’t try to find out why the people undershot the targets, so we don’t know the mechanism, yet. They speculate that the problem could be due to muscle spindle feedback being improperly calibrated in these individuals, but we’re not sure. We already know that people with LBP discriminate muscle tension differently than people without it, so maybe that’s what is going on? Stay tuned for more details in the coming years.

The Gist - Picking up where we left off on incontinence last week, it’s time to talk about fecal incontinence. Yay! But seriously, it’s important. Most common after prostate cancer treatment with either surgery or radiation, fecal incontinence treatment hasn’t been comprehensively assessed yet, but it looks like pelvic floor muscle training works best. Here are the details from the researcher:

Unfortunately, so little work on this has been done that the best set of recommendations comes from case series and reports. Ouch. Still, it’s the best we’ve got, so check them out and use them.

Tell Me More - This’ll be a bit of a soapbox moment, but bear with me. Most of what PTs do is help people live better, more functional lives. Many things affect someone’s life in a negative way and PTs are only prepared to deal with some of them. This is fine, no one expects you to be a counselor (though sometimes I’m sure you feel that way) but a purely physical problem like incontinence is definitely something we should be treating more effectively and commonly than we are now. Especially these days, as people live longer and get cancer more often, then live longer after cancer, incontinence is a real issue, in men and women. According to the author of this paper “Cancer survivorship and indeed ‘thrivership’ following surgery drive incontinence treatments as priority issues.”

As I said before, the whole paper is well-written and dives deeper into the anatomy of the pelvic system than you probably did in school. I highly recommend you check it out for full details.

That’s our week! Hope you enjoyed this big edition. Full access to PT Crab is just $6 per month or $60 per year through August 5, so subscribe to the full edition before the price doubles next month. Thanks for reading and supporting.

Send me an email with questions, complaints, comments, or to chat at any time. Cheers! 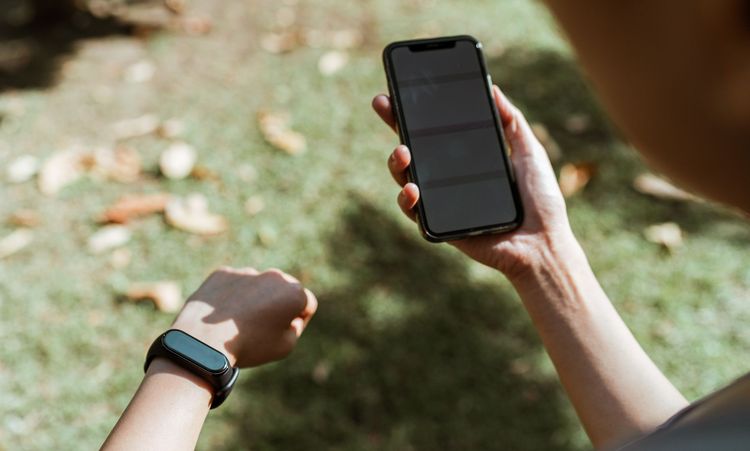