In answer to my question, yes, it looks like there is. Unfortunately, there isn’t a good way to get my iPad to understand that tendinopathy is indeed spelled correctly, so there’s no way to get rid of those annoying squiggly lines. Ah well.

This week, we’re also featuring some new data on predicting ACL injuries (and it’s sad), what ankle braces actually do to foot loading, and we take on the controversial area of manual therapy. Is it always a passive intervention? These guys don’t think so.

Also this week, if you like newsletters and like weird and interesting information, check out The Browser. It’s a free, monthly collection of five articles you probably missed in the last few weeks. They’re always engaging and often off-kilter.

There is a good treatment for patellar tendinopathy.

The Gist - And that way is eccentric exercise. This isn’t the most ground-breaking work, since we already had quite a few studies about it, but this RCT from the Archives of PM&R dug a bit deeper by comparing a standard eccentric exercise protocol to one combined with dry needling and another with percutaneous needle electrolysis (AKA electric dry needling). 48 people entered, all got better, but none of the interventions beat another at a significance of .05. They were measuring changes in pain and disability and checking out structural changes to the tendons (which didn’t happen, as it turns out). To keep things blind-ish, they also used sham needles on the control, EE-only group. Well done them!

Tell Me More - What exercises did they do? They followed the Young protocols, mainly single-leg squats on a decline board at low speed.

What dry needling did they do? The used 0.25’s on the tendon and used ultrasound guidance to ensure that they actually poked the injured area. Each session had three needle insertions lasting three seconds each. The electric pokes also have a 3mA current applied at the same time.

Other things? Well the whole group was just 48 patients, so 16 in each group and the vast majority of them were men (42 of 48) so it may not be too generalizable. Overall, a nice, short study to let us know that DN is apparently not the way in patellar tendinopathy, sorry ya’ll.

The Gist - This big study coming at us from Norway was a prospective cohort study with 880 elite female athletes involved. At the beginning of the seasons from 2007 to 2014, they did drop-jump and single leg squat testing to see if results from these tests could predict future ACL injuries. And, unfortunately, they didn’t. They graded the athletes’ abilities to control their knee motion in the frontal plane and found that their scores had nothing to do with how likely they were to sustain an ACL injury in the next two years.

Tell Me More - Overall, they had 65 non-contact ACL injuries in their cohort. Of those injured, 31 had good knee control on the drop jump and just 13 had poor. 42 had no noted hip asymmetry while just 3 had one that was rated “large”, and 40 had no knee asymmetry. Things didn’t line up as the researchers expected at all. To put it in their words “there was no relationship between SLS performance characteristics of the knee or hip or between any asymmetries and ACL injury risk.” At the end of this long study, we can say that “real-time observational screening using the SLS or VDJ does not appear to be useful for identifying elite female athletes at risk for future injury.”

What do ankle braces actually do?

The Gist - These researchers publishing in the Journal of Athletic Training wanted to find out. Specifically, they wanted to know what ankle bracing does to foot posture and plantar loading. So, they braced a big bundle of ankles from a recreationally active population in three different ways, put them all in the same kind of shoe, and took lots of biomechanical data. They used a basic lace-up brace, a fancy Aircast brace, and no brace at all as their three testing conditions. At the end, they were able to show that the more rigid brace (the Aircast) increased loading the midfoot and decreased it in the forefoot when compared to the no-brace condition. This change was strongest while the participants were running and cutting.

Tell Me More - The ankle bracing also helped spread the load more evenly across the foot in all conditions, possibly helping reduce “irregular plantar loads” that could cause injuries. The ankle bracing did tweak some foot types even more than others. People with pes planus saw a larger effect than those with pes cavus, but everyone saw a shift of forces from the forefoot to the midfoot to some degree.

This is kind of a first step in this field to determine if ankle braces really work as an injury-prevention tool. We already know that they can help stabilize already injured ankles, but we don’t know how well they work in prevention. This data is a small window into how they may work, but we just don’t have enough information yet.

Is manual therapy a passive treatment?

The Gist - PTs aren’t really supposed to give passive treatments anymore and some vehemently consider anything that doesn’t have the patient actively working to be complete waste. I think we can safely say that those people are idiots, because there is pretty good data about some types of passive treatment for a lot of conditions. Still though, these two PTs argue that manual therapy isn’t a passive treatment anyway. These two military PTs are arguing that manual therapy should always exist in synergy with movement-oriented strategies and that people who right research papers should be more specific about what they mean when they just say “manual therapy”. In their argument, “manual therapy” used in research studies is a straw man, since no one really does just plain “manual” anyway. You already know that manual can mean a lot of things, from IASTM to massage to trigger point release to cupping to mobilizations to all sorts of other things. Manual therapy is complex and multi-faceted, argue Rhon and Doyle.

Tell Me More - The major thrust of this article is arguing that people who write research papers should write them better, which isn’t applicable for most of my reader base. So I’ll just leave you with the bit that is relevant for you. “Insisting that manual therapy is passive betrays a lack of understanding of the intervention... Following manual treatment, patients should immediately move, exercise, and go on with life, making separation of the effects of active and passive movement artificial and possibly irrelevant.”

This week, we’re talking about RED-S and OSD. King Crab supporters got two more articles this week, one about
Apr 20, 2022
4 min read
Apr
05 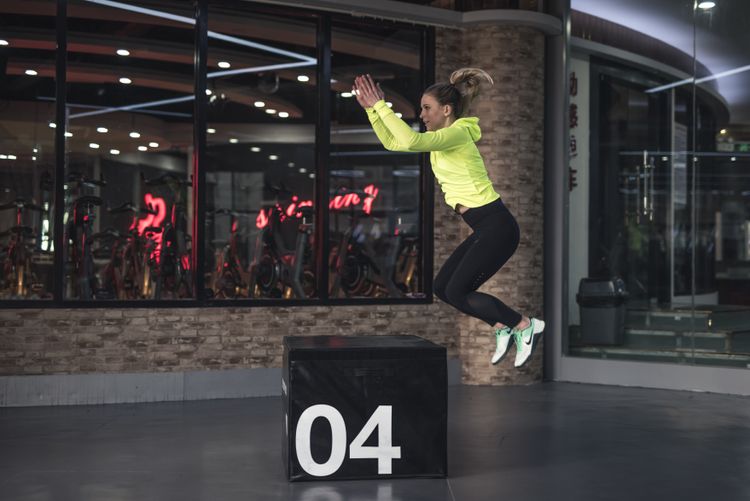 This week PT Crab is getting into CrossFit, just like everyone else does at the beginning of the New Year.
Jan 26, 2022
4 min read