This week, we find out the Upright Go may not be the best thing for people with PD (though it’s not useless either) and that backward walking reserve speed isn’t the best measure of fall risk. Our King Crab supporters (thanks all!) got two extra articles this week, like every week. One on what it’s like to have a hip replacement as a Physio (they’re British and thus use the better term) and a second, fantastic paper about what tools you should use to assess post-stroke balance. This week it’s half negative, half positive, and all crabby.

If you like what I do at PT Crab, please consider becoming a King Crab supporter to help it along. It’s just $8 per month right now in the only sale of the year. And if you’re a student and that’s too steep for you, lmk via email (Luke@PTCrab.org) and we’ll work something out.

Upright No for Parkinson’s Walking. But Sitting is Go.

The Gist - These researchers publishing in Gait and Posture dug into the effects of the Upright Go on people with moderate PD (UPDRS III: 38.5) and found some good effects and some bad ones. We’ll start good. It immediately improved neck posture in both single and dual-task environments in sitting and standing. Yay! And the benefit carried over to the 7 day span the patients spent with the device at home. Also yay! And the bad news: gait worsened with the Upright Go. Boo! Single-task stride length, dual-task gait speed, and double support time were all significantly worse with the Upright Go. Balance was the same before and after.

To figure this all out, they placed the Upright Go on people and had them perform motor tasks “1) Sitting on a high-stool with no back with eyes open, 2) standing, feet at 10 cm apart, eyes open, looking at a poster painting, and 3) walking at comfortable speed (back and forth over 10m). Each task was 2-minutes long and repeated under single and dual-task.” They did all this while tracking metrics from multiple IMUs (inertial measurement units. Accelerometers strapped on to see what’s happenin’). They also trained the folks on how to use the device and app. After doing all this, they sent them home to use it for 7 days.

Tell Me More - If you don’t know the Upright Go, it’s a small device that either sticks or hangs on a necklace between the shoulder blades to measure posture and cue it to be better with a small vibration. It also has an app that does balance training and whatnot. I really like it because I have terrible posture and it’s quite helpful. If you’re interested, they’re at UprightPose.com and they partner with professionals (e.g. sell them cheaply to you) as well.

For this particular group, posture was indeed better, and that’s what Upright does well. But why was gait worse? Well, you’ve entered speculation territory, but it’s well-founded speculation at least. The researcher speculate that the hunched posture common to those with Parkinson’s is a compensatory posture to protect them from backwards instability. So straightening them up would lower gait confidence, hence shorter steps and lower speeds. The researchers also speculate that the vibrations from the Upright Go added an extra distraction to the gait tasks, making the participants worse at them.

Lastly, this is all about the short-term/immediate effects of the Upright Go, we don’t yet know if these effects hang around.

This week's PT Crab is brought to you by Morning Brew, a daily newsletter that catches you up with everything you need to know in five minutes or less. It's free, it's a great read, and I highly recommend it. With millions of subscribers, Morning Brew is bringing just what you need to know to your inbox, every day. Sign up for free to get it and support PT Crab in the process. It's an easy way that you can help us along. Thanks!

Basically, the math they did was compare the reserve speeds between the two groups to see if there was a trend that stood out between the fall risk and the not fall risk folks. Unfortunately for their hypothesis, there was not. Rather, they reconfirmed that self-selected walking speed is the best predictor we have right now.

Tell Me More - The only more left in this short, four page study is some interesting detail about muscles and whatnot from the end. So I’m going to block quote it a bit here

It has been shown that during backward walking in young adults, the ankle joint primarily contributes to propulsion and shock absorption rather than the knee and hip joints. Whether this is true for older adults needs to be examined. Older adults have been shown to have altered joint mechanics, with increased use of hip extensors and reduced use of plantar flexors during forward walking compared with younger adults. Future studies should assess whether these altered mechanics or reduced strength among older adults contributes to their inability to increase backward maximal walking speed.

And that’s all she (okay, they) wrote.

And that’s our week!

Also, don't forget that we still have a sweet deal going on with Bright Cellars, check them out for 50% off your first box of 6 wines. That's a sweet $45 off. Yowza! Check them out here and support PT Crab in the process, just by clicking that link. Who are they? Oh just some Ivy League graduates who have an algorithm to choose wines you'll love. Yea, they're very cool. So grab some and fall in love.

Once again, if you like what I do at PT Crab, please consider becoming a King Crab supporter to help us along. It’s just $8 per month right now with our sale. And if you’re a student and that’s too steep for you, lmk via email (Luke@PTCrab.org) and we’ll work something out.

Here are the articles we covered this week: 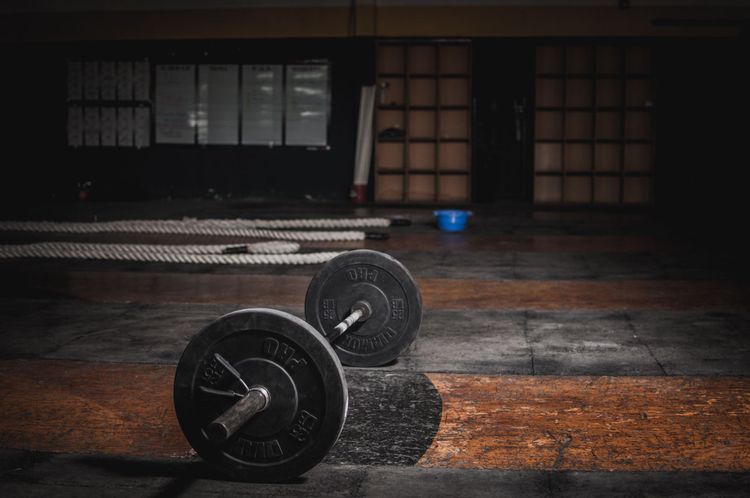